Monthly Rates as low as: $3.49 for Adults
$2.17 for Children or Grandchildren
Home » Community Involvement » Trivia Night For Special Olympics 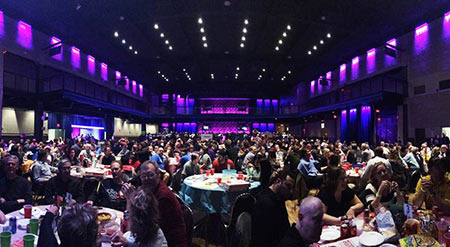 Globe Life had 15 teams represented in the spring of 2015 at the Special Olympics Oklahoma Capitol Area Trivia Night fundraiser. The event was held in the newly remodeled Chevy Bricktown Event Center in downtown Oklahoma City. With around 470 people in attendance, over $22,000 was raised allowing over a thousand athletes in Oklahoma County the continuation of a top-notch program.