Since 1948, NASCAR has thrived as a family-favorite, family-owned and operated sport. Globe Life has served middle-income families since 1951, making the Globe Life/Roush Fenway partnership a great fit. Globe Life will sponsor Bubba Wallace in select 2017 NASCAR XFINITY Series races: an associate sponsor for two races beginning with the March event at Phoenix International Raceway followed by the April race at Texas Motor Speedway. Globe Life will be the primary sponsor on Wallace's No. 6 Ford Mustang at Talladega Superspeedway and Charlotte Motor Speedway in May.

"We're thrilled to sponsor the up and coming Bubba Wallace in the XFINITY Series and love the excitement he brings to racing," said Bill Leavell, president and CEO of Globe Life Direct Response. "This is Globe Life's first experience with a NASCAR team, and we can't wait to see our name and logo on Bubba's No. 6 Ford Mustang."

"We're very excited to partner with Globe Life," said Wallace, who is currently fifth in the XFINITY Series points standings and coming off of back-to-back top six finishes. "Globe Life has been helping protect families for decades and it would be great to reward them with a trip to Victory Lane." 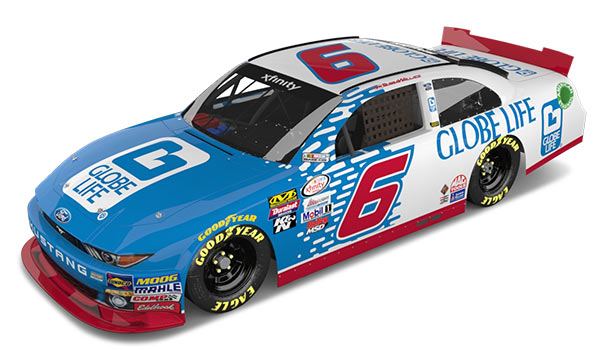