Buy direct from the comfort of your home! It’s easy to buy. Online application can be completed in minutes. There is no medical exam—just a simple application.

Peace of mind for you and your family Feel secure knowing that money will be there for credit card bills, home and car loans, children’s and grandchildren’s future education and even your medical and final burial expenses.

Life insurance that fits your budget Choose the right coverage amount to fit your monthly expenses.

Take the first step towards a financial head start for your child or grandchild Your child’s policy builds cash value for the future.

Benefits never canceled or reduced Once approved, your benefits will never be reduced or canceled regardless of changes in age or occupation.

Globe Life is rated A (Excellent)

Globe Life is rated A (Excellent)** by A.M. Best Company based on their latest analysis of Globe Life's financial strength, management skills and integrity.
(rating as of 8/22)

Parenting is an amazing experience, but it also comes with much responsibility. Protecting the financial health of the family is a critical part of that responsibility, which is why life insurance for young families is such an important piece of their financial plan. Parents with young dependents who would still need long-term support should one parent pass away will want to have life insurance with higher face values. Since premium costs are based on age and health, term life can be a good option for young parents to get the most insurance for the price.

Insuring both parents is also important, even if one does not work outside the home as the surviving spouse will likely have higher childcare and other expenses related to caring for children alone. In addition, parents may want to purchase insurance for their young children to protect their insurability in case they develop a pre-existing condition later in life. Whole life policies are a popular option for children’s life insurance since these policies build a cash value that can be used to help cover college expenses, a first car, wedding or other costs. Riders on a parent’s insurance policy are another way to get additional coverage for children. The most important factor for young families when considering life insurance is to purchase it as soon as possible so it can provide the peace of mind and protection they need.

When Insurance Becomes an Investment

Insurance is not only a great way to protect those you love and provide for your family.

After giving birth to her firstborn child, a boy she called Billy, Irene and Pete were given a basket of products as a gift for her family from the hospital. Scattered among the free items was a pamphlet advertising inexpensive term insurance. As she looked over the form letter for the policy, she thought about her old, stingy, tightfisted one-armed father in-law. The old man had already purchased a policy for her son, just as he had done for his own child, now her husband.

As she thought about how difficult it was for the guy to spend any money, she started to laugh to herself.

When that old man was just a six-year-old boy, green and cream colored trolleys, with maroon trim, rolled near his house, and around the corner, on a regular schedule. One of them could not stop. Later, the accident that took her future father-in-law’s arm was blamed on the "new fangled" braking system.

For Pete, it was hard to fault his father for gambling all of the money from the settlement. This was the time of the Great Depression, and the money was just sitting around. Years later, Pete’s father would insist that he remembered when the city solicitors arrived at his home and presented his dad with the check for his family. "Put it in the bank" they advised. "And when the boy needs it for school, it will be there."

"It’s for his education," the big city lawyers explained, as they handed the boy’s dad the money. During these bleak years, taking risks were considered a manly pastime, and gambling became the escape and diversion. And when the men gathered in that room, they had the tools to escape into their dreams.

No one knows when the boy learned the money wasn’t there for his education, but he worked hard and put himself through school anyway. After graduation, working as a procurer for the city and state, he purchased equipment and vehicles for government use. By giving a single dealer most of the business, he was able to buy his own cars much cheaper.

The more money he made, the less vulnerable he felt. As he grew older, he found ways around spending money. Driving miles out of the way to find a pharmacy that sold the medication he needed to treat his diabetes for $2.00 less than the one near his home seemed to be the right thing to do. Of course, on the way home, he would use his key to get into Irene’s home. She remembers driving by her home and knowing that her father-in-law was eating all her food. And yet, this cheap old man had purchased a life insurance policy on his son, who later became her husband. Irene and her husband had used the mature policy to help them get a start in life. The money paid for their wedding and for a down payment on car.

People had to laugh when Irene told them stories of her father in law’s cheapness. Like when his wife went to the store, and he would check the tape when she came home. He went read through the bill, every little item. If there were even a 20 cent mix-up, he would send her back to the store to get the money. He quibbled about every bill, fought with the banks and checked every statement. And yet, this old man had purchased an insurance policy for his son, and now he had done the same for her son.

Once, on a family camping trip in Maine, the family was stuck in a food store for 2 hours. The old man wouldn’t allow anyone to put any items in the cart until he examined the price and compared it with the prices at home. When the cart was finally filled, he refused to buy any of it, saying it was all too expensive. The family left everything in the cart and walked out of the store. Afterwards, one of them did go back into the store to get a little ice for the beer. The old man asked, "What about ice for the food?" The disgruntled group explained that they didn’t need ice for food since there wasn’t any.

This man was so cheap, that his grabby ways even caused him to lose a tooth. Irene remembers the occasion she had taken a ceramics class and painted an Easter basket. Inside the basket were ceramic figurines and a real Easter egg. Thinking that the ceramic bunnies were also real, he chomped down on the ear of one of them.

As the years passed, Irene’s son, Bill, grew into a man, 20 years old. He developed bone cancer in his leg, just like the kind Ted Kennedy’s son had. After going through the treatments, the doctors saved his leg, and he was considered cured. Later, after getting married, Bill learned that the insurance industry considers the fact that he had had cancer to be a pre-existing condition, making him ineligible for life insurance. However, because Irene’s father in law had purchased a term policy for her son, that was still in effect, he would be eligible to add to the policy, in order to protect his own family.

Now that Irene is a grandmother, she has purchased policies on her grandchildren. Maybe the mature policies will help them with college tuition or provide them with a little financial help, or serve to keep them eligible for life insurance. 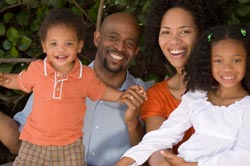 Family life insurance is very important to have when you are considering a family. Your children's future and well-being is now the most important thing.
Learn More 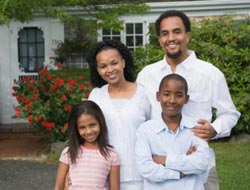 It doesn't matter how old you are, or what stage of life you are in, planning for your future should always a priority.
Learn More 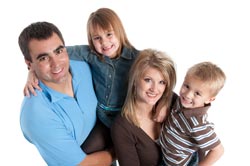 Top 5 Things You Need To Know About Life Insurance

Life insurance is something that many people think about, but often procrastinate on purchasing. Learn the 5 things you absolutely need to know.
Learn More

Finally, Life Insurance You Can Afford

Up to 7 different amounts to fit any budget

Join The Globe Life Family of Companies With Over 16.8 Million Policies In Force