Did you know that card games and board games can actually be good for seniors’ health? It’s true. Playing games keeps the mind active in a time where things like dementia and Alzheimer’s are more prevalent. They can also provide excellent social interaction.

At the next grandparent visit, make a day or night out of playing games. Here are some common favorites... 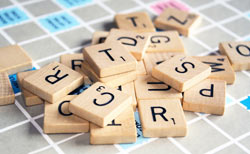 Jigsaw puzzles are another version of a game that can be great for families to enjoy with grandparents. There are millions of puzzles of varying skill levels. Grandparents are sure to enjoy putting it together with the people they love.