What Are the Odds of Dying Young?

Home » Articles » What Are the Odds of Dying Young?

What Are the Odds of Dying Young?

Just a few short years ago, children and adolescents between the ages of one and 19 comprised 25% of the total estimated U.S. population1 and only accounted for less than 2% of all U.S. deaths.2 With the help of modern medication and early detection, death among our youth was a rare event.

However, in just a few years, we’ve seen a spike in deaths from injury-related causes. In a study conducted by the National Center for Health Statistics, the total death rate for 10- to 19-year-olds in the United States declined 33% between 1999 and 2013 but then suddenly climbed to 12% between 2013 and 2016.3 Deaths include motor vehicle crashes, firearm injuries, and malignant neoplasms. 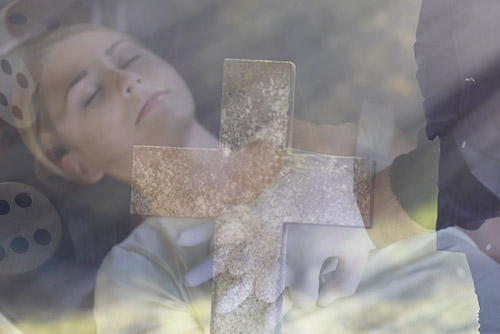 When we break it down, the top reasons for death are as follows:2

The most impactful change we’ve seen over time is the rate of deaths from motor vehicle crashes with a decrease of 38% between 2007 and 2016.2 We can thank the widespread use of seat belts and proper child safety seats, improved safety standards for car seats, better constructed roads, educational driver-licensing programs, and the awareness of reducing teen drinking and driving.

Unfortunately, we saw an increasing annual death rate between 2013 and 2016. The cause of the spike isn’t clear, but researchers predict it is probably factors such as an increase in distracted driving by teenagers (e.g., because of peer passengers or cell-phone use).4

Though firearm-related deaths among our youth were lower in 2016 than the most recent spike observed in 1993, rates remained stable between 2007 and 2016 without improvement.

However, between 2013 and 2016, we saw a 28% increase in the rate of firearm deaths. This trend increased in rates of firearm homicide (by 32%) and firearm suicide (by 26%), whereas rates of unintentional firearm deaths remained relatively stable.

The rate of death from malignant neoplasm, or a cancerous tumor, decreased 32% between 1990 and 2016. Researchers believe this reflects scientific advancements in cancer prevention, detection, and treatment.3

The mortality of our youth remains overwhelmingly related to preventable injury-related causes of death. We’ve seen progress toward further reducing deaths in some areas. We continue to spread awareness, find prevention tactics, and educate our youth on these topics to help reduce the rates.