“If only babies came with instructional manuals” is a sentiment often expressed by new parents who are finding parenting even more difficult than they anticipated. Many think it’s supposed to come naturally...but does it?

No matter how many books you read or how many experienced parents you rely on for information before the baby comes, no one can ever be totally prepared to be a parent. Parenting is a job often best learned by trial and error. In fact, there are some surprising things new parents should know, but often don’t. 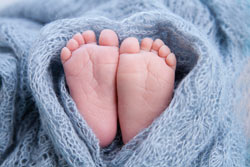