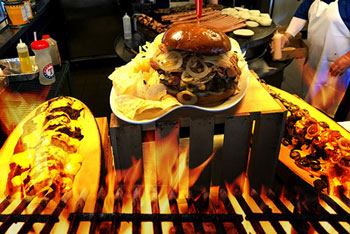 These days, ballparks and stadiums around the country pride themselves in coming up with the craziest food options. It’s become a bit of a competition between professional teams on who can claim to have the weirdest options. Globe Life Park is no different since everything is bigger in Texas. Here’s some of the wildest options you’ll find at the home of the Texas Rangers. Warning: If you plan to eat these often, make sure you have some good life insurance in place. Healthy isn’t exactly the focus here.