Globe Life And Accident Insurance began more than a half century ago, in 1951, when two men had an idea for starting a business. After getting approved for loans totaling $60,000, they planned to open an insurance agency and conceived the name Globe Life. Today, Globe Life is among the leading supplemental life and health insurance providers in the United States. The Globe Life family of companies has over 16.8 million policies in force and nearly $220 billion of coverage in force. 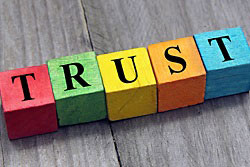 The adventure began when the Globe Life founding fathers determined their Agency would market inexpensive yet dependable life insurance protection to Americans who were living in rural areas.

Eventually, using their loans, they opened shop in the Oklahoma communities as an insurance Agency where they built and guarded their reputation of fairness. As admiration for the integrity of their business dealings grew, their enterprise became a success.

Twelve years later, in 1964, Globe Life began to market life insurance to their customers in 36 states. During the span of 50 years, Globe Life grew into a position of prominence within the insurance industry.

Globe Life has an A (Excellent) rating from A.M. Best Company (rating as of 8/22). Based on the latest analysis of our financial strength, management skills, and integrity, this rating assures customers that first and foremost, Globe Life is committed to providing every policyholder with a lifetime of superior service.

Globe Life’s success can largely be credited to the fact that customers recognize the Company name from either our sports marketing efforts or industry standing. Many of our customers have parents and grandparents who hold policies with Globe Life.

Besides having an enviable reputation, the same management team has been employed by Globe Life for almost 20 years. This invaluable collective experience helps assure all the associates assume responsibility for providing quality service to customers, even after the initial purchase has been finalized.

Additionally, as an industry leader, Globe Life maintains up-to-date technology and administrative systems which anticipate, manage, and satisfy any needs that may surface in regard to their customers.