Lung cancer is currently the leading cause of cancer deaths for both men and women. That means more people die of lung cancer than any other kind and, it’s not just limited to people who smoke, as typically thought of before. The growing number of people developing lung cancer who do not smoke has doubled in the past few years. Exposure to second-hand smoke and air pollution could be the cause. With lungs more susceptible to disease than men, women make up two-thirds of those at risk for developing lung cancer.

While no cancer can be ultimately avoided, there are some simple things you can do to take a preventative stance against lung cancer. 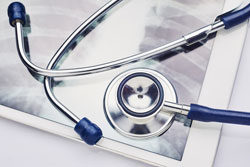