What Most 30–Somethings Wish They’d Known in Their 20s

Ah…to be young again! To struggle with insecurities, limitations, and existential despair like you once did when you had no clue what you were going to do with your life. On second thought, maybe being a young adult wasn’t as wonderful and romantic as you remember it.

They say that with age comes wisdom. Growing older doesn't mean you’ll become magically tuned in to the secrets of life. But very often it does mean gaining new insight on challenges and mysteries that led to conflicts in your younger years. 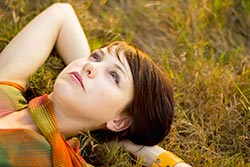 For those readers who have already turned 30, much of this will make sense. You’ll be nodding your head as you read and perhaps even thinking wistfully of what you’d change if time travel were more than just the stuff of fantasy. For those readers still in your twenties, consider the following carefully. These lessons are ones that most of us learn at some point in life, sometimes the hard way.

College Is About More than a Degree

Ask most twenty-somethings why they’re enrolled in college courses and they’ll tell you for the degree, to further their educations so that they can be successful in their chosen career. But time brings on new perspective and many thirty-somethings will tell a different story. Because they understand that college is about a lot more than the degree, or even the knowledge that that piece of paper you’re handed on graduation day stands for.

College is about opening your mind to perspectives vastly different from your own. It’s about meeting new people, many unlike the people you’ve grown up with and learning how to understand and appreciate diverse views. Universities are places where people from various cultural, economic, and religious backgrounds meet and exchange ideas. The experience of going away to college, of leaving home and striking out as an independent person, is an education in and of itself.

When you’re a new adult, freshly liberated from the rules and restrictions, it’s all too easy to shrug off advice from your parents. After all, you spent 18 years under their control, isn’t it your turn to call all of the shots? Striking out on your own and learning how to be independent is part of growing into adulthood. But if you shrug off every piece of advice your parents attempt to give, you just might find yourself one day wishing you hadn’t.

Not all parents give great advice. Some don’t give advice at all. But what you won't admit to yourself as readily when you’re in your twenties is that your parents actually know what they’re talking about. Your parents can see into the future. Not literally, but in the sense that theirs is often a perspective based on experience. Once you begin to age you may realize that all those bits of advice your parents doled out are things you’ll want to tell your own kids. Like this next one…

How many of us reached our 30s without saving a dime for retirement? And this despite all of the advice floating around that when it comes to saving, the earlier the better. For some, financial hardship means that saving money just wasn’t an option. But for many thirty-somethings it was an option. The temptation to spend our cash on other things just won out. When you’re twenty, retirement isn’t looming on the horizon. It’s easy to justify spending your money on more immediate concerns.

Many thirty and forty-somethings will tell you that if they could correct one mistake in how they handled their finances during their twenties this would be the one. Saving and investing early means you can invest less and still make more than someone who starts older and saves more over a longer period of time. It’s an all too common mistake to think putting off saving and investing until you have more money is the way to go. In reality, it’s better to save more money early on and less later on, than to do the opposite.

Your Glory Days are Still Ahead

When you hit your 30s you gain insight into one of the best-kept secrets in the world: your 30s aren’t lame at all. In fact, they can be some of the best years of your life. You figure out that everyone who told you you’d always look back on your teens and twenties as the best years of your life was wrong. You learn that as you age, you grow and that your experiences make you a well-rounded person.

If your twenties are all about finding yourself, getting your education, gaining your independence, and/or breaking into your chosen field, your thirties are all about reaping the fruits of that labor. You may find yourself busier than you’ve ever been before with your job, numerous responsibilities, likely a marriage, and possibly children. But more than likely you won’t find yourself pining away for your younger years. Instead you’ll realize you’ve never been more yourself, and never more content.

You Do Get Over Your First Love

It’s common to romanticize the past. And as the years go by its easy to forget all of those things you didn’t like about someone and remember only the good. So it’s no wonder so many people say, and with sincerity, that you never get over your first love. For those still pining for their sweethearts of yesterday, some good news awaits you later in life.

As you grow and mature you realize that the magic, the pure abandon you experienced that first time you fell in love, won't actually haunt you for eternity. Of course there are exceptions. Some marry and find lifetime happiness with their first loves. A rare few simply can’t let the past rest and hold on, despite the fact they're often holding on to an idealized memory. But most of us recover from that first love with the capacity to love even greater.