Strange Laws You Don't Even Know You're Breaking

Home » Articles » Strange Laws You Don't Even Know You're Breaking

Laws are definitely a necessary part of human civilization. Who would want to live in a world without laws? Good laws help keep privacy, possessions and people safe. However, not all laws make sense. Some laws that are still on the books today are outdated or just plain strange. So if you think you’re walking the straight and narrow, after reading about these strange laws you might have to admit otherwise.

For instance, did you know you could get arrested for honking your horn in front of a sandwich shop? If you committed this offense after 9 pm in Little Rock, Arkansas, you’d be breaking the law. 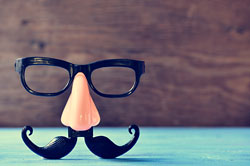 Another outlandish law is “no funny fake facial hair in church”. If you are thinking about wearing a funny fake moustache to church next Sunday, you may want to think again. In the state of Alabama it is against the law to wear a fake moustache in church that causes laughter.

One strange law that might actually be difficult for some is “no napping under the dryer”. According to a Florida law, it is illegal for women to fall asleep while under a hair dryer. It seems like common sense, but apparently if common sense doesn’t prevail the law is ready to step in. Breaking this law can result in a fine for both the sleeper and the salon owner.

Believe it or not, in Michigan there is a law stating you shouldn’t use profanity. Michigan Penal Code Act 328 of 1931 indicated it was deemed illegal to curse or swear in front of women or children. This section states that anyone “guilty of using profanity shall be guilty of a misdemeanor.” The law making it illegal to use vulgar language was struck down in 2002 after the overturned conviction of a canoeist who cursed after falling into the water.

If you’re visiting or live in Alaska, your pet has the legal right to ride inside your vehicle. CAC 9.36.150 makes it illegal to strap your pet to the roof of your car and go for a road trip. You may be asking why anyone would want to do that, but it wouldn’t be a law unless someone somewhere had tried it. The law is in place to prevent pets from “being thrown, falling or jumping from the vehicle.”

Another strange law in Alaska is, “no roaming with your bow and arrow”. In Nome, it is against the law to roam around town with a bow and arrow. While it’s easy to see how public safety was the driving motivation behind this law, it is also ironic in a state where humans share their master predator status with grizzlies and wolves.

In 2013, Florida passed a not-so-smart phone law that effectively banned the use of all computers and smartphones. The law, CS/HB 155: Prohibition of Electronic Gambling Devices, approved by Governor Rick Scott, was intended to do what the title states: prohibit gambling devices that are electronic. Instead, due to poor wording, it temporarily made all computers and smartphones used in internet cafes illegal.

Boulder, Colorado is a college town at the foot of the Rocky Mountains known for its quirky culture and it’s also known for having some quirky laws. One such law is the banning of all upholstered furniture not manufactured for outdoor use from porches. The so-called “Sofa Ordinance” only applies to University Hill, where many University of Colorado students dwell. Apparently, there were too many complaints of disturbances involving couches on porches.

Surprisingly, even kissing can become an illegal activity depending on the circumstances. In Logan, Colorado it is illegal for a man to kiss a woman while she is asleep. Even stranger is the law in Iowa that states that a man with a moustache is prohibited from kissing a woman in public.

What could be more relaxing than enjoying an ice cold mixed drink in an island paradise? Thousands of visitors flock to the Hawaiian Islands every year to partake in the sun and surf and natural beauty. However, if you order more than one drink at a time you could be breaking the law. According to this strange law, you must completely finish one drink before ordering the next.

Don’t try to pump your own gas in the state of New Jersey unless you want to be guilty of breaking the law. The Garden State has had a ban on self-service at gas stations since 1949. The ban was enacted to protect motorists and gas station attendants, and New Jersey wasn’t the only state to ban self-service. Through the years, many opponents of the ban have tried to end it, but to no avail.

The Big Apple is home to some pretty strange laws including one that bans the wearing of slippers after 10 pm. While you aren’t likely to be arrested for breaking this one, you’d still officially be committing a crime. It’s also against the law to throw a ball at someone’s head just for fun. Another strange law rumored to be on the books in New York is the law stating that the penalty for jumping off a building in New York is death.

These are just some of the zany laws you might be breaking without ever suspecting you’re partaking in criminal activities.