Are You Socially Awkward?

Home » Articles » Are You Socially Awkward?

Does the thought of meeting new people make you nervous? Do you find yourself unsure of what to say or do in social situations? Are you socially awkward? Even confident, successful people can feel awkward in certain situations. Interacting with others effectively is an art. Much of it we pick up naturally as we develop into adults through observing others; however, sometimes those observations can steer us in the wrong direction. 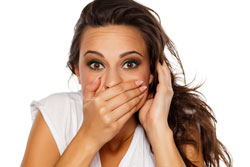 Learning how to not be socially awkward takes a combination of observation, learning to pick up on social cues, and sometimes being directly taught what to do and what not to do. It’s about becoming self-aware and paying attention to how others react to what you say and do. The following are mistakes some people make in social settings:

Admit to yourself where your weaknesses are and work to correct them. Don’t be your own worst enemy by beating yourself up or making fun of yourself in front of others. Plenty of people struggle with feeling uncomfortable in new social situations. Knowing you’re not the only one who feels this way should give you the confidence to overcome some of your issues.