Not only is cinnamon a delicious spice, it has been known to carry many medicinal properties for thousands of years. In ancient times, it was highly regarded and a rare gift for Egyptian kings. Now it is a wonderfully fragrant spice that is used in millions of recipes as well as a supplement that can be taken for its health benefits.

One of the health benefits of cinnamon is that it is a highly powerful antioxidant, ranked even higher than many other well-known superfoods like garlic and oregano. In addition, cinnamon is so powerful in its antioxidant properties that it has been used as a natural food preservative, since it is effective in inhibiting bacterial growth. 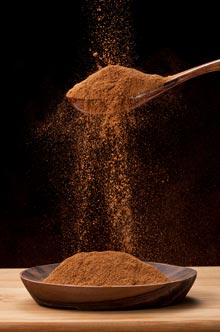 Cinnamon oil has also been found to be a powerful natural disinfectant against Listeria, Salmonella and E-coli. Cinnamon bark oil was actually found to be effective against 65 strains of antibiotic resistant bacteria. By diluting cinnamon oil and water, it can be used as a natural disinfectant that is safe enough to spray around small children, but effective enough to kill bacteria.

Additional health benefits of cinnamon include potent anti-inflammatory properties, which help protect the cardiovascular system. Cinnamon is known to fight infections and repair tissue damage, making it a valuable agent against inflammation.

Cinnamon may also be beneficial at lowering the risk of heart disease. Research has shown that consuming 120 milligrams of cinnamon per day can reduce the levels of total cholesterol while increasing or keeping HDL cholesterol (the good cholesterol), at normal levels.

Studies involving cinnamon have shown it can help control blood sugar as it contains properties that help patients suffering from insulin resistance. It has become a popular supplement for those with Type 2 diabetes and is effective in helping control blood sugar levels. However, as with any supplement, it is best to consult with your physician if you feel that cinnamon would be a good choice to include in your daily regime to control blood sugar.

Cinnamon oil is surprisingly very effective against fighting candida yeast infections and medication-resistant yeast infections, as well as great in boosting your immune system. Studies have further shown that cinnamon is one of the best known ways to cure the stomach bug. This is because cinnamon is such an amazing agent in fighting bacteria.

As well as fighting stomach flu viruses, cinnamon is also a powerful spice in preventing H. Pylori, the bacteria responsible for causing peptic ulcers and stomach cancers. In addition, cinnamon has been found to be a powerful agent in reducing the effects of irritable bowel syndrome (IBS). It works by killing the bacteria within the GI tract and healing infections, thus controlling gas and bloating.

This wonderful ingredient has even been thought to be beneficial in weight loss. By drinking cinnamon tea, it is believed to boost metabolism and help with weight loss.

One of the many other useful health benefits of cinnamon is the prevention of tooth decay and gum disease. Many brands of toothpaste, mouthwash, breath mints and chewing gum include cinnamon in their ingredients. It not only tastes great, but is vital in killing bacteria and keeping teeth and gums healthy.

Along with being such a useful treatment in preventing gum disease and tooth decay, cinnamon is also beneficial in treating sore throats, colds and coughs because of its anti-bacterial properties. At the first sign of a scratchy throat or the sniffles, drinking cinnamon tea may be able to stop a virus in its tracks. Chinese traditional medicines contain cinnamon as a common ingredient in treating coughs and colds. Many commercial brand cough drops also include cinnamon as a vital ingredient, as it is important in fighting illnesses.

Cinnamon oil can also be used in treating toenail fungus and athletes foot. As it is such a powerful anti-fungal ingredient, it is often thought to be more effective than brand name topical creams.

It also has a very warming effect and is very useful in massage therapy. Cinnamon oil can be added to lotions and massaged into sore and tired muscles, to provide a very soothing and relaxing effect.

Recent studies have shown that cinnamon may have good success in correcting cognitive impairment in Alzheimer’s disease. There is evidence from these studies that cinnamon can be beneficial in delaying the effects of aggressive strains of Alzheimer’s inducing genes.

Not only is cinnamon thought to be effective in fighting Alzheimer’s disease, but it is has also been used for centuries as a great mood enhancer to treat depression or irritability, just by smelling the scent of it. Many commercial candles and room fragrances include cinnamon as an ingredient due to its calming effect when smelling the popular spice.

If you are not convinced yet that cinnamon is an amazing spice, studies have also shown that it is excellent in treating PMS symptoms. Women who added cinnamon to their diet were found to suffer less from cramps and fewer moods swings due to PMS. Always remember, as the FDA has not approved cinnamon to cure any medical condition, it is always good to consult your physician before using it for any health-related symptom.