6 Foods That Feed Your Brain

Eating healthy is not only good for your health and well-being, but it can also be extremely beneficial to your brain as well. According to experts, foods high in antioxidants and omega-3 fatty acids can improve brain health and memory. The following are six foods that can enhance brain function and protect it against diseases like dementia and Alzheimer’s... 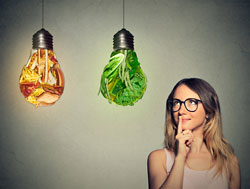 In conclusion, these six brain foods may help improve brain health and perhaps even slow memory decline that can come with age.