Society has become obsessed with fad diets and ways to maintain weight. The internet and media is consumed with one diet plan after another. One popular diet that many claim to be a fast acting weight-loss plan is the low-carb diet. But, is this diet really the healthiest and best option for you to lose weight?

Although you may experience some success in losing weight by means of a low-carb diet, it may not be the best plan. In addition, some expert nutritionists have come to the conclusion that in the long run, low-carb diets don’t really work. 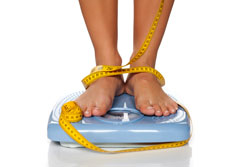